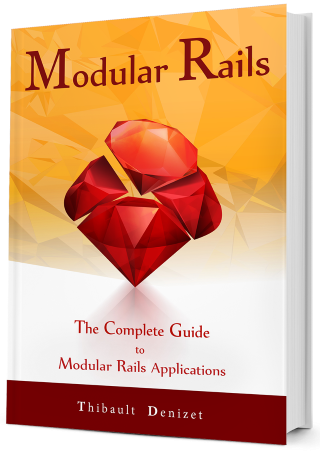 The Contacts Module: Set Up

In the previous chapters we built our first module, the Core module. We are now about to tackle building on top of that engine, and more importantly, how to extend it. We will learn all this by building a new module: Contacts.

In most CRMs, you will find a way to manage contacts. This is where users can fill in information about their clients, leads, and so on. BlastCRM will follow the same principle, and we will give users a way to manage their contacts. We will also extend the dashboard to add a summary of a user’s last contacts.

In this new module, we will implement the following:

In the previous chapter we had to do a lot of folder-rearranging, which was quite boring. You’ll be happy to know that there is a better way to generate a modular engine the way it should look, but for the first chapter we wanted you to have a deeper understanding of how and why we organized the engine like we did, so we went through all the annoying steps. Now, we’re about to generate a new engine, a feature module, which will get plugged in on a Core type engine.

To do this, Thibault wrote a small and simple gem that we can use, called modular_engine. Let’s see how it works, but first, let’s checkout a branch for this chapter:

9.2.1. Adding the deface and modular_engine gems

Add the modular_engine and deface gems to the parent Gemfile, and run bundle install.

Listing 0.1: Add modular_engine and deface to parent Gemfile blast_crm/Gemfile
Box 9.1. What is deface doing there?

No, this is not a typo. Deface is a gem that we will be using in Chapter cha:03_11_contacts_extending_views, when we will be discussing extending the Core views. We have included it from now, as it is used by the modular_engine generator.

Run the following command from the parent application folder:

And we get an almost ready to use engine! Great, isn’t it?

Our next step will be to edit a few values in the gemspec (homepage, summary, description) and add the Core engine as a dependency.

9.2.4. Adding the Core gem to the Contacts engine Gemfile

Now lets add the Core gem as a dependency. We are working with local gems and the method s.add_dependency won’t let us specify a local path. To load the gems correctly, we need to add blast_core in the Contacts Gemfile with the local path, as you can see in Listing 3 below:

Since we are building this engine on top of the Core and we want to make it easy to work with a set of engines, all our feature engines will extend the Core routes instead of implementing their own. How do we do that? Well, it’s very simple. Just open the Contacts routes file and change Contacts to Core:

9.2.6. Adding the new engine to the Parent Gemfile

Let’s add the new engine to the parent Gemfile:

Now you can run a quick bundle install from the parent app, restart your server and everything should work. See? That wasn’t that hard thanks to the modular_engine gem.

Box 9.2. The resurrection of the Test folder

You might have noticed that our contacts engine has a test/ directory. This is because the version of the modular_engine gem that we’re using uses the command –skip-test-unit when creating the engine, instead of the updated –skip-test version. This is not difficult to rectify. All you need to do is:

Don’t forget to run bundle install and restart your server.

Now you won’t have to worry about Rails generating test files when you generate Models, Controllers, etc., and we can add our own RSpec files.

Let’s start adding some content to the Contacts engine.

The first step to building the Contacts engine is to create the Contact model. We’ll then work on the controller.

You will notice that the migration that was created contains the line:

Although this is technically correct, if you try and add a Contact you will be faced with a

error. This is because our User table is not called users but blast_users. To fix this, we simply need to update the reference line to reflect that table name, as shown below:

That’s it! Now to add the Contacts Controller.

In the next chapter we will create the first controller for this module, the Contacts controller.